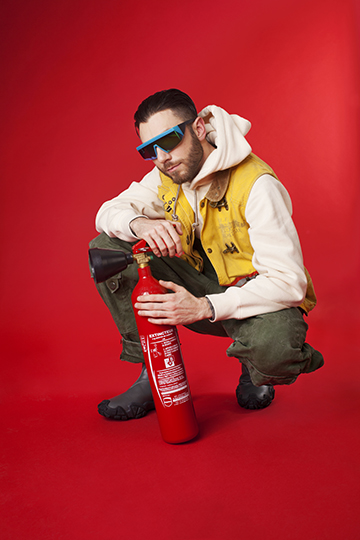 Parisian producer and DJ, Lazy Flow, concocts a percussive cocktail tailored uniquely for the dance floor. This dynamic sound he developed is featured on his EP series, Tropical Vogue and his edits accumulate millions of views. Igniting the creativity in the best dancers around the world.

Resident DJ at the most feverish party in Paris, La Creole. Welcomed by the unexampled scenes in Saint-Petersburg or New York, he electrifies the public with his sets brimming with crazed energy incorporating; Afro, Baile funk, Dancehall and Vogue Beats… exemplified by his performance with Paris Boiler Room (May 2019).